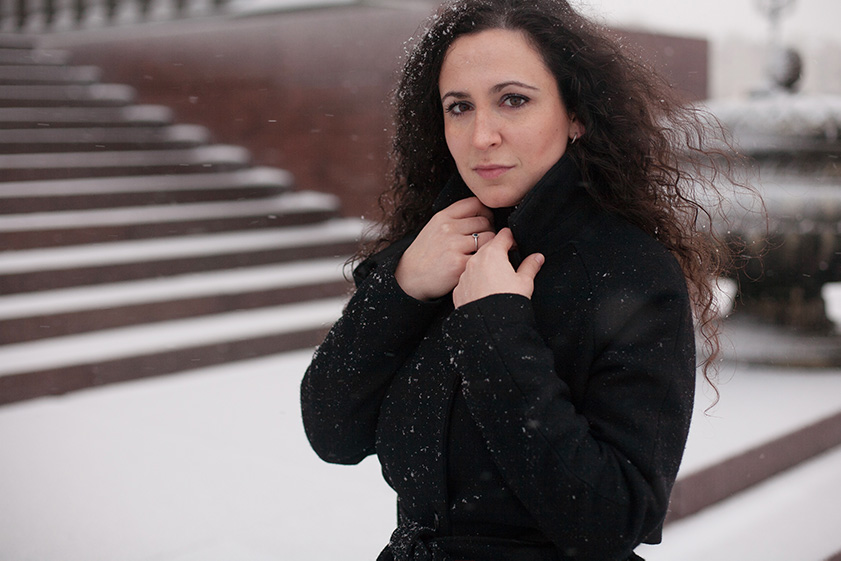 Irina Chistiakova is a Russian pianist based in Germany. At six, she was admitted to the piano program at the Central Music School of the Tchaikovsky Moscow State Conservatoire. Three years later, already widely recognised as a child prodigy, Irina Chistiakova performed Chopin’s solo works at the Conservatoire’s Grand Hall.

By the time she turned eleven, she had played at concert halls throughout Russia, Germany and France. She had won awards both as a soloist and in a duet with her older sister Galina Chistiakova, also an awarded pianist, including a Double Laureate in the Russian “New Names” Competition.

In 2009 renowned conductor Enrique Bátiz invited her to become a regular guest soloist with the Orquestra Sinfónica del Estado de Mexico. She was performing de Falla, and Ponce works with this ensemble in 23 concerts of their 2015 USA Tour.

Irina is a member of several funds where she has also been a scholarship recipient: «New Names», «Fund of V. Spivakov», «Russian Performing Art», and the french fund «Enfance pour la Vie». Irina took part in a CD recording of these funds, playing different compositions by Chopin, Rachmaninov and Moszkowsky. She also participates in a joint CD production performing works by N. Medtner, playing the «Minnaciosa» sonata.

Irina’s live performances have been broadcasted over the ARTE, Russian «Culture», and Mexico State Radio and Television networks.

Irina Chistiakova graduated with honours from the Moscow State Conservatoire in 2013 and the University of Arts Berlin in 2017. Her teachers were famous musicians Mikhail Voskressensky, Jacques Rouvier and Markus Groh. Irina is currently combining her career as a pianist with her studies in opera singing in Bern, Switzerland, with Malin Hartelius.